The pattern language itself (see Pattern language(ing)) can generate the organisational form of the large-scale, diverse, long-term practice required to curate and steward and mobilise it.

In the pattern language, different **zones of reach** in activist practice and concern are identified. These can be regarded as four ‘faculties’ - in the old sense of 'capacities of mind' - in a literacy-making and literacy-mobilising culture.

Each zone has its own lens on **work**, and **relationships**, and **what is valuable, necessary and sufficient** in living well within 'the doughnut’ of environmental limits, and social justice and equity.

Equally, these can be four faculties in ‘a college’, each contributing to a weave of commons capability that is stewarded at college level.

Patterns in the pattern language can be addressed in families, and each family can be adopted as the core concern of a 'school' in the college, within the faculties. 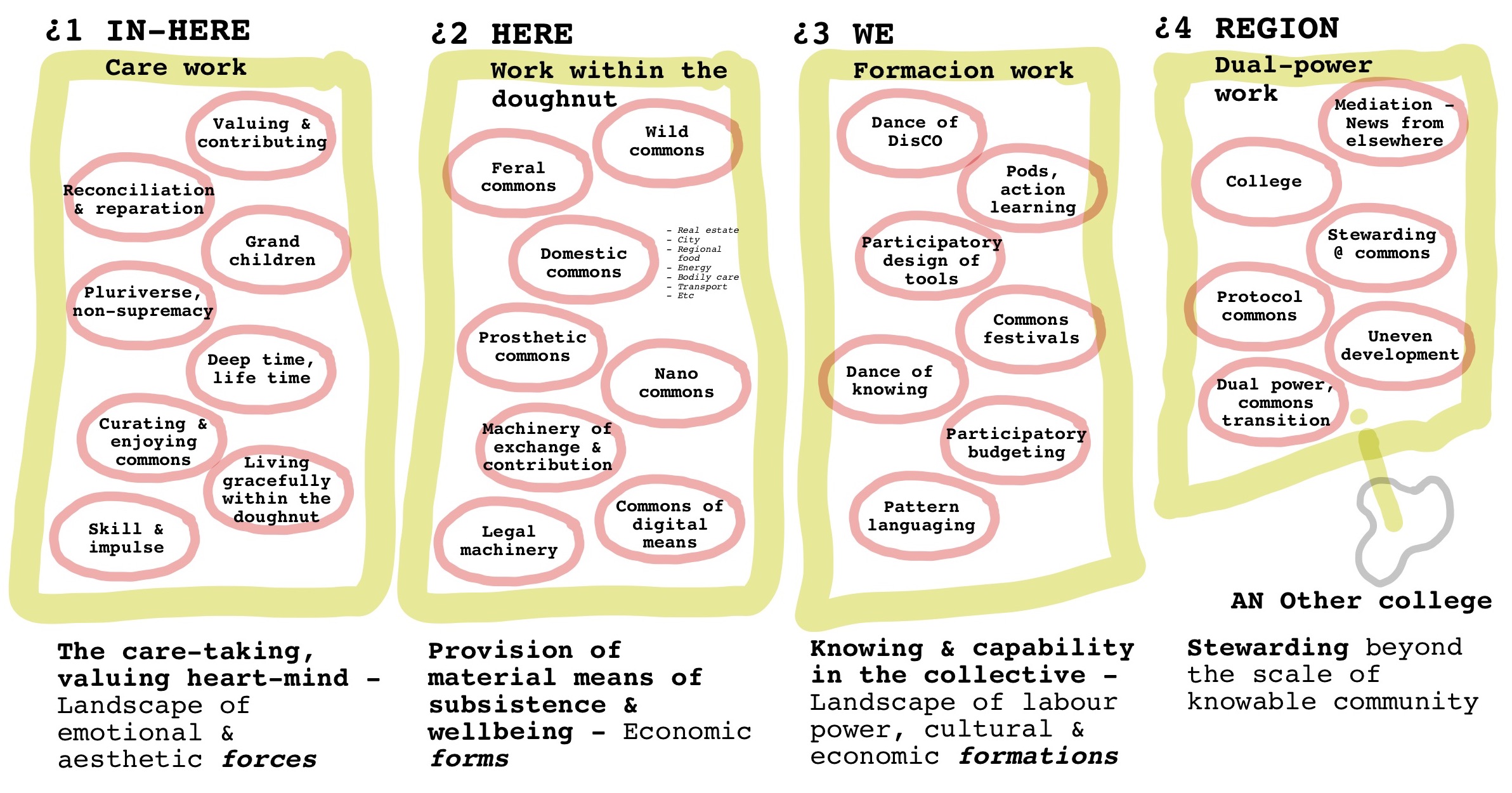 Schools (= families of patterns) within faculties, in a college.

A different kind of activist production occurs in each ¿zone. Different transformations - altered **relations of production** - are called for in each zome. Weaving across all the zones, activist practice can acquire sufficient **scope** for making the living economy. The work of the college, through stewardship of the pattern language as a whole, is to enable this scope. 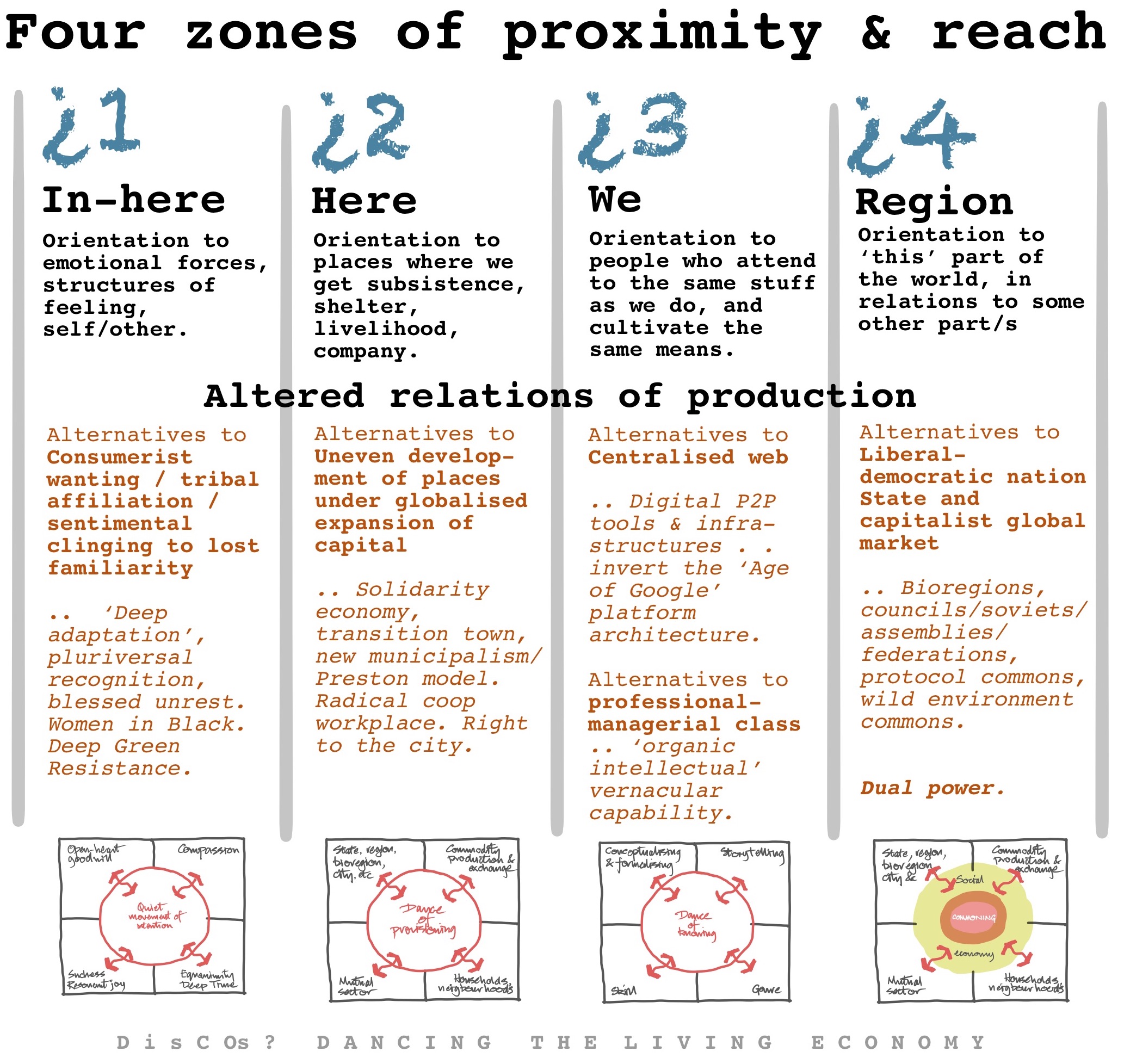 >'Dances' everywhere you look - struggles, movements back and forth, radically new choreography, shifts of weight and position, fresh assessments and relationships, complex judgements and balances to be found and sustained in movements . . And thus . . a 'dance' of making a living economy.

So here we are again - back with the image of the coop dance company. And maybe, at the heart of DisCO . . **dual power, commons transition**.